Is A Payday Loan Really Worth Getting? 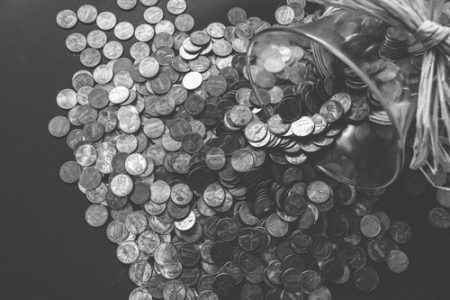 You’ve probably heard of payday loans. Chances are, there are several storefront payday loan offices within a short drive of where you are right now. You find them in strip malls and other basic commercial developments, alongside sandwich shops and yoga studios.

You might notice that there are more of them in lower income areas — that’s no accident.

Payday loans are fast and easy to get. Unlike most traditional loans, you don’t need much to qualify, just pay stubs and proof that you’re employed. In just a few minutes, you can get money in your hand, usually cash.

Sounds appealing. Is there a catch?

Yes, there are some pretty big caveats that come with payday loans. Primarily, they’re expensive — very, very expensive relative to the amount of money you actually get. Part of the reason this is a problem is that they cater primarily to lower income people who won’t qualify for other types of loans, but need money due to emergency circumstances.

There may be times in your life where bad circumstances give you little choice. But in general, you shouldn’t take out a payday loan unless you really, really feel certain that you need it. The costs outweigh the benefits in almost every case.

A payday loan is a cash advance on your paycheck, which you will need to pay back, with interest, by a certain time. Unlike some other, larger loans, you can’t pay it back incrementally. You’ll need to handle the entire amount at once.

Payday loans allow you access to the money you’ll get from your next paycheck, or a fraction of it, before payday actually comes. People may want this service if they’re short on something important, like rent or grocery money, and do not want to wait until their next paycheck comes in.

At a glance, the fees don’t seem too unreasonable. Let’s say you need $300 because you’re short on rent. They offer it for a $50 fee. That doesn’t sound too bad.

And many people do take the loan, pay it back plus its associated fee, and walk away. The problems occur when they can’t, because of continuing financial problems that have not gone away.

Who Takes Out Payday Loans? 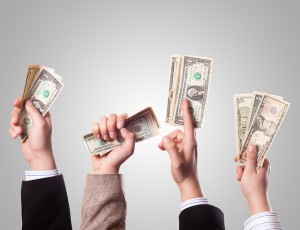 There is demographic data available about the customers who have taken out payday loans. The following traits are typical.

Payday loans are known to have some serious strings attached. So what motivates these people to take the risk anyway?

According to Pew data, seven out of ten payday loan borrowers spend the money on an ordinary, recurring expense. They’re not taking out the loans for any kind of luxury purchases. It goes to something like paying their rent or buying necessary food or medications.

Around 16% borrowed as a result of a sudden and unexpected expense, like a car problem that needed urgent repairs.

The implication is that people who take out payday loans, for the most part, are trying to cover expenses that they’re already struggling to pay for, and that present a chronic and recurring issue in terms of coming up short on the money.

If you need a car repair one month, it’s a one-and-done deal, for the most part. You won’t need another one on any kind of regular basis.

If you’re having trouble making rent this month, there’s a chance you might have that problem every month. And that’s where people get into trouble with payday loans — when they need to keep the loan going, or can’t pay the fee, because they have the same problem again.

It’s not surprising that people resort to payday loans, though. A good 20% of Americans can cover only nine days of expenses with the savings that they have. Being in existing debt, or being short on hours at work, is enough to create an emergency when you’re in that situation.

This can go on for months or even years, bleeding you of more and more money as time goes on. Because people who take out payday loans are usually in a precarious financial situation to begin with, they’re often at a high risk of having this happen.

It’s a terrible thing to get caught in, and can sometimes start feeling hopeless. It’s a very real risk, and it’s something you need to think about before you make the decision to take out a payday loan. You need to be very certain that the amount plus fees will be easy for you to pay off on time, without leaving you in the red once again.

Are Payday Loans Even Regulated?

Payday loans are, in fact, subject to legal regulations. However, it can vary a lot from state to state. Each state has different requirements for things like how large the fees can be relative to the loan amount, the maximum amount of money a payday loan can offer, and whether payday lenders can charge additional fees, like verification fees or service fees.

That’s a tough question to answer. On the surface, it’s easy to say that. Payday loans come across as very predatory, preying on low income people who’ve hit hard times and are struggling to stay afloat.

Oddly enough, payday lending isn’t really all that profitable for the lenders. Even with the fees being as proportionately high as they are, these are small dollar loans, and profit margins ultimately aren’t all that high.

In some cases, you could perhaps argue that the people taking out these loans are unwise. It’s not a simple black and white issue, and there have been people who’ve had good results using a payday loan in a pinch.

Should I Take Out a Payday Loan?

In the majority of cases, the answer is probably, “no.” Before considering it, it’s a good idea to look into other options that are available that could act as an alternative.

So What’s the Bottom Line? 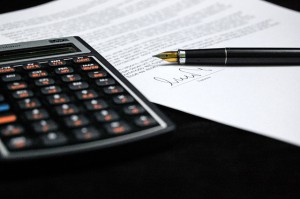 Payday loans should be a last resort option. Because their fees are so high, the need to pay it back can leave you needing a second loan the next month, creating a cycle that’s hard to break out of.

In some cases, like to cover a one-off emergency expense if you don’t have a credit card — or just have bad credit — it might be a worthwhile option.

But we recommend thinking twice about it, and asking yourself a few key questions.

How to Be a Responsible Borrower