GET A CAR TITLE LOAN IN LESS THAN 24 HOURS 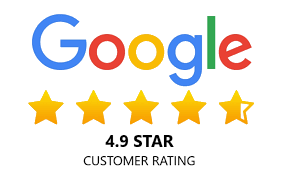 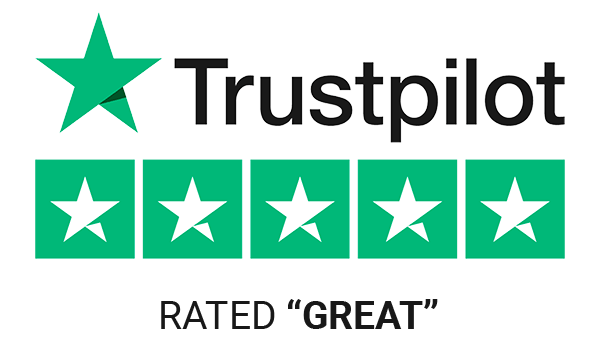 How does the process work?

Complete some basic information about your car to get the process started. It takes less than 2 minutes.

You have up to a 95% chance of getting approved for a loan.
step 2

Get your
vehicle qualified

We verify the information you have given us.

Your ID or driver license, proof of income (min $1500/mo) and your car title.

Get loan approval in less than 15 minutes
step 4

Receive the money by cash, check, or deposit. It’s fast and takes about 1 hour.

Why you should get a title loan with The Net Lender:

Have cash in your hand in under 24 hours.

The interest rate lowers every month, once you make a monthly payment.

Keep driving your car once you get your cash.

You’ll keep driving your car and receive your title back once your last payment has been completed.

We service the majority of cities and states in the US from coast to coast to make things as convenient for you as possible.

You don’t need to have a good credit to get a car title loan.

Choose how long your loan term is. Find a plan that fits your needs.

GET A FREE ESTIMATE

What are the requirements to get a title loan?

1. Title of your vehicle

The title must be under your name and the vehicle must be lien-free.

You'll need a form of identification.

You will need proof of insurance and registration on your vehicle.

You must be 18 or older to apply for a title loan.

You must have the vehicle and you must provide proof of ownership.

What our customers say about us:

This place was honest and answered all of my questions without hesitation. Super nice staff and great rates on their title loans.

Highly recommend them if you need a loan and happen to own your car too.

I highly recommend this company.

I was in desperate need of cash. I had some financial problems that I won’t get into…life happens. I called around a few places and was not getting much help and decided to call The Net Lender. I had a professional staff person explain the process and got a loan on my car the same day.

Restored My Faith in Loan Agencies

I am the head of the household and I know that pressure one can get from bills and discrepancies in your credit. I used my car I bought before I got married and it turned out to be  such a lifesaver for me. I took out about half of what I was offered and wasn’t pressured any further. Thank you and hopefully my car will be eligible again if need be.

Highly Recommended by My Neighbors

I came in directly after my work shift and was worried due to the time restraints to get my loan processed in time. Everything went smoothly and quickly but most importantly, efficiently. Very friendly staff. I would recommend TNL for any person needing money quick.
- Jill Banner

Getting a title loan was significantly easier than I anticipated. Bryan was really knowledgeable and walked me through the method with ease. If I’m ever in a tough position again, I’m confident that they may be able to help me out! Incredibly nice and very helpful!

Fantastic service, with efficient and knowledgeable employees. I was in and out in no time, with just what I required. Would undoubtedly suggest and use again.
- Rick G
Read More Reviews

For residents who have never applied for a car title loan but are wondering when they might be convenient, you’ve come to the right place. The types of loans offered by The Net Lender are very versatile with the borrower in mind.

And the best part? You only need to have a vehicle to apply for a title loan. This is a big reason they’re quite popular. But another reason that receives just as much credit, if not more at times, is that you also don’t need to worry about your credit. Yes, that’s right, your credit history won’t play a deciding factor when applying for a car title loan in Dallas, Texas.

We aim to process applications as quickly as possible and know if a customer is approved or denied in a very short time. Therefore, you can see the cash in your wallet as quick as 1 day.

The amount you receive will be determined by your vehicle’s make and model. It’s important to keep this in mind because even if  you need ‘x’ amount of money, you may not be approved for that amount. Rather, a lesser amount.

Repaying the loan doesn’t have to be a hassle either. We understand the last thing you want is to repay the loan on time only to find you’re in need of money again due to other surprise expenses, etc. Avoid this by working with our customer service professionals who will help you create the perfect repayment plan based on your current financial situation.

Do I Need to Come to Your Office to Get Approved?

Nope! Save yourself some gas and an extra stop today! We encourage all of our applicants to first apply online or give us a call to speak to a loan officer. Our reason is simple – why drive yourself all the way out there if we can help you speed up the process over the phone? Our loan officers are able to help you faster and more efficiently when you have everything on-hand at home. We’ve had many applicants stop by our offices only to realize they left their paperwork and important documents at home and had to take extra time to drive back.

To save you the extra trip and the time it takes for your loan to process, TNL Car Title Loans wants to make things as uncomplicated for you as possible. This means we give priority to our customers and clients who give us a call or have filled out an application online. In the end, it becomes a win-win situation for our clients since they no longer have to worry about forgetting their paperwork or driving to and from home. Instead, you have everything you need for your loan at home when you have your documents on-hand and we’ll make every accommodation to get your loan approved right away.

Do I Need an Appointment? Do You Accept Walk-ins?

You do not need an appointment to start a loan with us. We currently do not accept walk-ins for one main reason. TNL Car Title Loans emphasizes speed, convenience, and ease for our title loans. We’ve noticed that a majority of our customers are more comfortable doing things over the phone and were able to receive their loans 75% faster than our clients who came into the office. This is because many of our customers are able to have their important documents on-hand while in the comfort of their homes or offices. And we’re able to have things in order quickly.

Many customers who came in the store would forget or leave certain paperwork at home which often delayed their loan process. To keep our word to our customer base, we aim to make things as convenient as possible by speeding up the loan process and cutting down the wait time for you. No need for appointment times, no need for drive ins, no need to drive back and forth from your house! Just give us a call or apply online and you’re ready to go!

Use Our Online Services Now

You’ll be happy to know it’s not that hard to get a title loan in Dallas, Texas. With our easy online application process you will know if you’re approved in a short time and then could have cash in your pocket within a day; that’s fast compared to other loan methods and businesses.

Call 888-663-7074 today if you’re looking to apply for a car title loan or if you have some questions about how our process works. We look forward to doing business with you!

Preceded by thousands of years of varying cultures, the Caddo people inhabited the Dallas area before Spanish colonists claimed the territory of Texas in the 18th century as a part of the Viceroyalty of New Spain. Later, France also claimed the area but never established much settlement.

In 1819, the Adams-Onís Treaty between the United States and Spain defined the Red River as the northern boundary of New Spain, officially placing the future location of Dallas well within Spanish territory.[18] The area remained under Spanish rule until 1821, when Mexico declared independence from Spain, and the area was considered part of the Mexican state of Coahuila y Tejas. In 1836, Texians, with a majority of Anglo-American settlers, gained independence from Mexico and formed the Republic of Texas.

Three years after Texas achieved independence, John Neely Bryan surveyed the area around present-day Dallas. In 1839, accompanied by his dog and a Cherokee he called Ned, he planted a stake in the ground on a bluff located near three forks of the Trinity River and left. Two years later, in 1841, he returned to establish a permanent settlement named Dallas. The origin of the name is uncertain. The official historical marker states it was named after Vice President George M. Dallas of Philadelphia, Pennsylvania. However, this is disputed. Other potential theories for the origin include his brother, Commodore Alexander James Dallas, as well as brothers Walter R. Dallas or James R. Dallas. A further theory gives the origin as the village of Dallas, Moray, Scotland, similar to the way Houston, Texas was named after Sam Houston whose ancestors came from the Scottish village of Houston, Renfrewshire. The Republic of Texas was annexed by the United States in 1845 and Dallas County was established the following year. Dallas was formally incorporated as a city on February 2, 1856. (Source: Wikipedia)